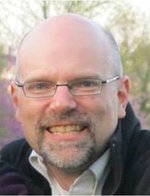 Dr. Tim Gibson is an Associate Professor of Communication and Faculty Affiliate in the Cultural Studies PhD program at George Mason University.

Tim Gibson’s research interests include critical media studies, the political economy of communication, and urban studies.  He has published articles at the intersection of media and urban studies in a variety of communication and cultural studies journals.  He is also author of Securing the Spectacular City: The Politics of Revitalization and Homelessness in Downtown Seattle, a book which explores issues of gentrification and urban poverty in Seattle during the 1990s, and co-editor (with Mark Lowes) of Urban Communication: Production, Text, Context (for which he won the 2007 Urban Communication Foundation’s Jane Jacobs Book Award). You can follow Tim on Twitter @timgibson.

Something you may not know about Professor Tomasovic is that she teaches swimming classes as well as downhill snow ski classes at GMU for the school of Recreation, Health, and Tourism. Also, some of her former jobs included working for Disney, a radio station, and in film and television for the Kentucky Film Commission.